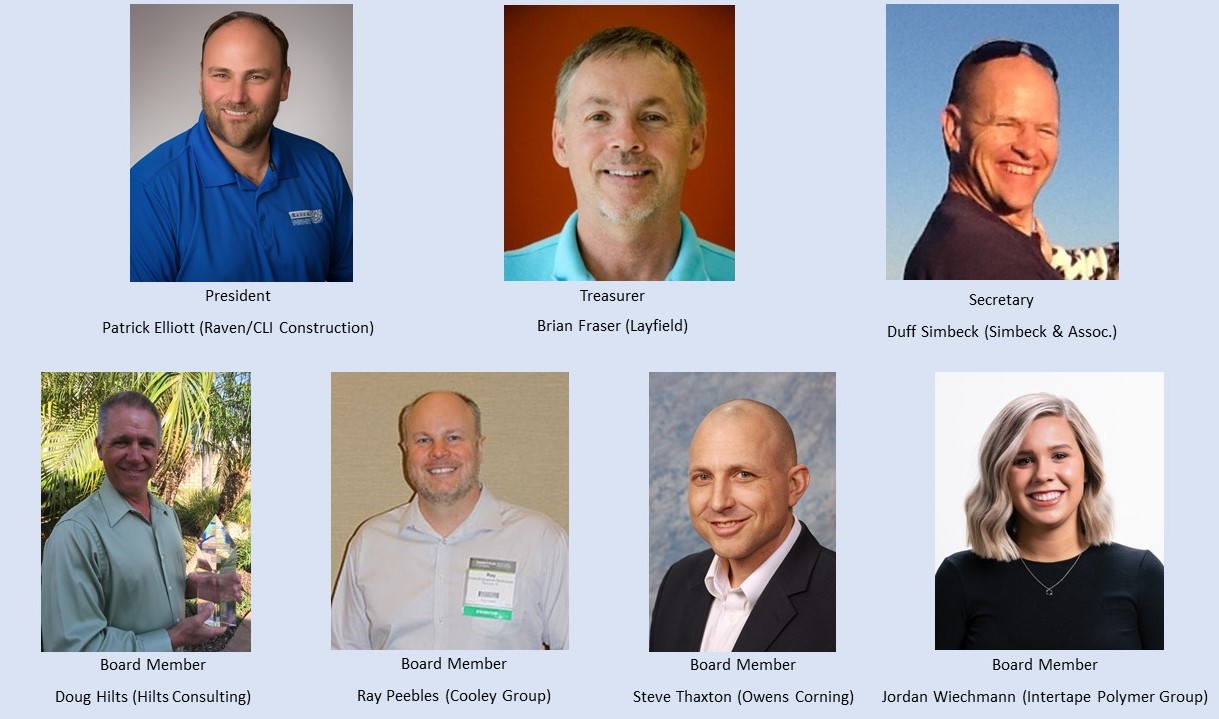 FGI Announces New Officers and Board of Directors

The Fabricated Geomembrane Institute (FGI) held its biennial membership meeting on 24 February 2021 during the Geosynthetics 2021 Conference.  The meeting was attended by 26 people and held in conjunction with the Industrial Fabrics Association International organized conference.  During the membership meeting, the newly elected FGI Officers and Board of Directors were introduced for their two (2) year term.

Before introducing the new Officers and Directors, Timothy D. Stark, FGI Technical Director and Professor of Civil Engineering at the University of Illinois at Urbana-Champaign, acknowledged the service of the outgoing Officers and Board Members:  Greg Scales (Titan Environmental), Bill Shehane (Seaman Corporation), and Ed Silva (E Squared). Tim also acknowledged the recent retirement of John Heap from Colorado Lining International. John served as President of the PVC Geomembrane Institute(PGI) for four (4) years and was instrumental in expanding the PGI to the Fabricated Geomembrane Institute. The newly elected FGI Officers will serve a two-year term (2021-2023) and are:

The following newly elected FGI Board of Directors also will serve a two-year term (2021-2023) and are listed below in alphabetical order:

Other topics on the FGI’s Biennial Meeting agenda included:  current and future research activities, accomplishments since the last membership meeting at Geosynthetics 2019, and the future direction and goals of the FGI.

The following research topics are being pursued by the FGI at the University of Illinois at Urbana-Champaign:

Other accomplishments of the FGI over the last two years include:

·        Publication of Installation Details and Drawings

The final portion of the FGI Biennial Membership Meeting was dedicated to a lively discussion on the future direction and goals of the FGI by its members.  The FGI has five membership classifications:  manufacturers, fabricators and Installers, Installer Only, Associate, and Government/Regulatory Agency.  The FGI’s membership spans four continents:  North America, South America, Australia, and Europe.