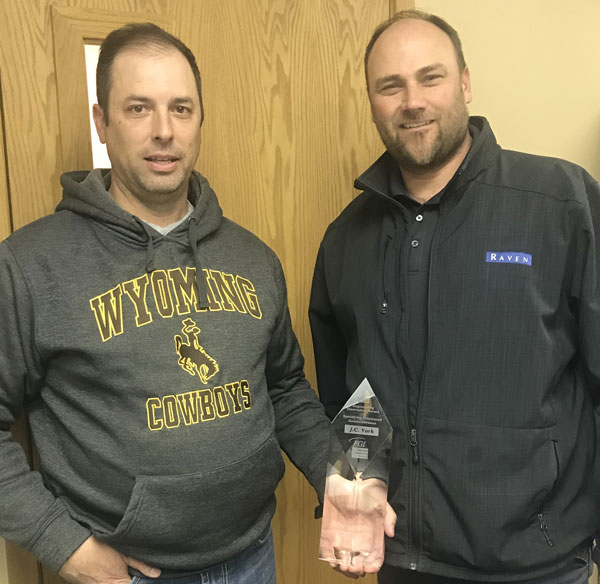 The Fort Lupton Terminal Reservoir is a raw water storage facility that was built to serve North Denver and surrounding cities. The Northern Colorado Water Conservancy delivers source water to the city of Fort Lupton and Tri-State through a pipeline that terminates at Fort Lupton’s Water Treatment Facility. The pipeline requires general maintenance annually, which results in temporarily closing the pipeline. During pipeline maintenance or shutdown, no source water can be provided to the City or Tri-State. As a result, a water storage storage reservoir with a two (2) to six (6) week capacity had to be created and lined with a geomembrane to limit leakage. This reservoir liner system also had to be designed for a rapid drawdown (larger water discharge volumes) due to demand or operational reasons. This proved challenging because there are few geomembranes that can withstand the design rapid drawdown and provide the factors of safety required by the State of Colorado Dam Safety Rules and Regulations. The challenging water storage reservoir was designed by J&T Consulting with civil operations performed by Sema Construction.  The geosynthetics portion of the project is comprised of a 12 inch thick (0.3 m) gravel layer and the following liner system from bottom to top:  an 8 ounce nonwoven geotextile underlayment, 36 mil thick double sided textured reinforced polyethylene (RPE) geomembrane, and an 8 ounce cushion nonwoven geotextile that served as protection from the 18 inches of cover soil.

To accelerate construction, increase quality, and make construction more modular and predictable, the RPE geomembrane was pre-fabricated, which reduced field welding by approximately 80%. Figure 2 shows some of the pre-fabricated panels being deployed.  The project involved considerable creative details due to the inflow and outflow structures and requirements,as well as spillway (see Figure 3).  The nonwoven geotextiles were also pre-fabricated to accelerate construction.  In addition to the standard quality assurance(QA) procedures for a bottom liner system, a third party leak location survey was performed aftercover soil placement (see Figure 4) to minimize leakage.  This survey found nomajor defects to the liner system even after cover soil placement. This was confirmation of the success of the project by J & T Consulting, Raven Industries (manufacturer, fabricator, and installer), and Sema Construction.

The Taproot Storage Pond is a fresh water storage pond intended to service oil fields in Northeastern Colorado.  This pond also had a rapid drawdown design issue because the drilling process utilizes a large volume of water for the oil/gas well development.  The bottom liner system consists of a geomembrane placed on the existing fine-grained soils that had to be ballasted to prevent failure during rapid drawdown. Also designed by J & T Consulting, with civil operations performed by Northern Colorado Constructors, this project posed many challenges from a design and construction standpoint.  A geomembrane that could not only withstand the harsh chemical and windy conditions of the eastern Colorado plains, but also could be installed in a short installation window, was needed.  Raven Industries’ 45 mil thick RPE geomembrane (see Figure 5) was used because of its durability and longevity in harsh conditions, as well as designing of an integrated ballast system for the slopes that would ensure that the high winds and rapid drawdown would not affect liner system integrity.