Dedicated to advancing the use of fabricated geomembranes through education, research, and technology transfer.

The Garrison Dam National Fish Hatchery in North Dakota is a federal facility, which produces over 10 million native fish annually. Along with the role of providing fish for restoration stockings or balancing fish populations, the facility is also an attraction for tens of thousands of tourists annually. This project consists of lining five of their existing 66 fish rearing ponds with geosynthetics. The subgrade is a clay/sand mix which was graded, compacted, and cleared of any rocks, roots and other potential penetration hazards prior to arrival of International Cover Systems on-site to install the geosynthetics. Each of the five ponds were lined with six specifically factory fabricated panels for ease and speed of deployment. In addition, 205 factory fabricated ballast tubes ranging from 32 to 46 ft long were filled on-site with Peastone and placed on the deployed geomembrane panels after they were seamed and quality tested. The geomembrane was secured with battening to all of the associated concrete structures.

Originally, the designer for this project specified a 45mil thick reinforced polypropylene (45RPP) geomembrane due to its UV resistance in long-term exposures, high puncture resistance, tear strength, cold cracking resistance, and potable water qualities, which are compatible with fish rearing. Due to supply chain issues after the project was awarded, 45RPP geomembrane was not available for the duration of the specified project timeframe. As a result, project engineers substituted Viaflex Dura-Skrim N45 45 mil thick reinforced linear-low density polyethylene (LLDPE) geomembrane for the pond liner system. Not only was the LLDPE geomembrane available within the project timeframe scope, it also shares similar properties that originally attracted the designer to the 45RPP geomembrane.

The use of factory fabricated geomembranes and ballast tubes aided the project in a variety of ways. This project was originally scheduled for installation in August 2021,giving the installation crew many hours of weldable temperatures and weather. Due to the aforementioned supply chain issues of the originally specified geomembrane, the project was delayed until late October 2021. Temperatures in Riverdale, North Dakota during late October limited welding operations to only a few hours per day. As a result, it was important to minimize the amount of field geomembrane seaming, which was accomplished by factory fabricating large panels. Deploying the geotextile underlayment and large fabricated panels for the first part of the day allowed ICS to perform quality welding operations when ambient and sheet temperatures reached optimal levels. Limited field welding due to the use of large fabricated panels minimized the duration of welding each day and allowed the project to be completed with the highest quality even in late October. 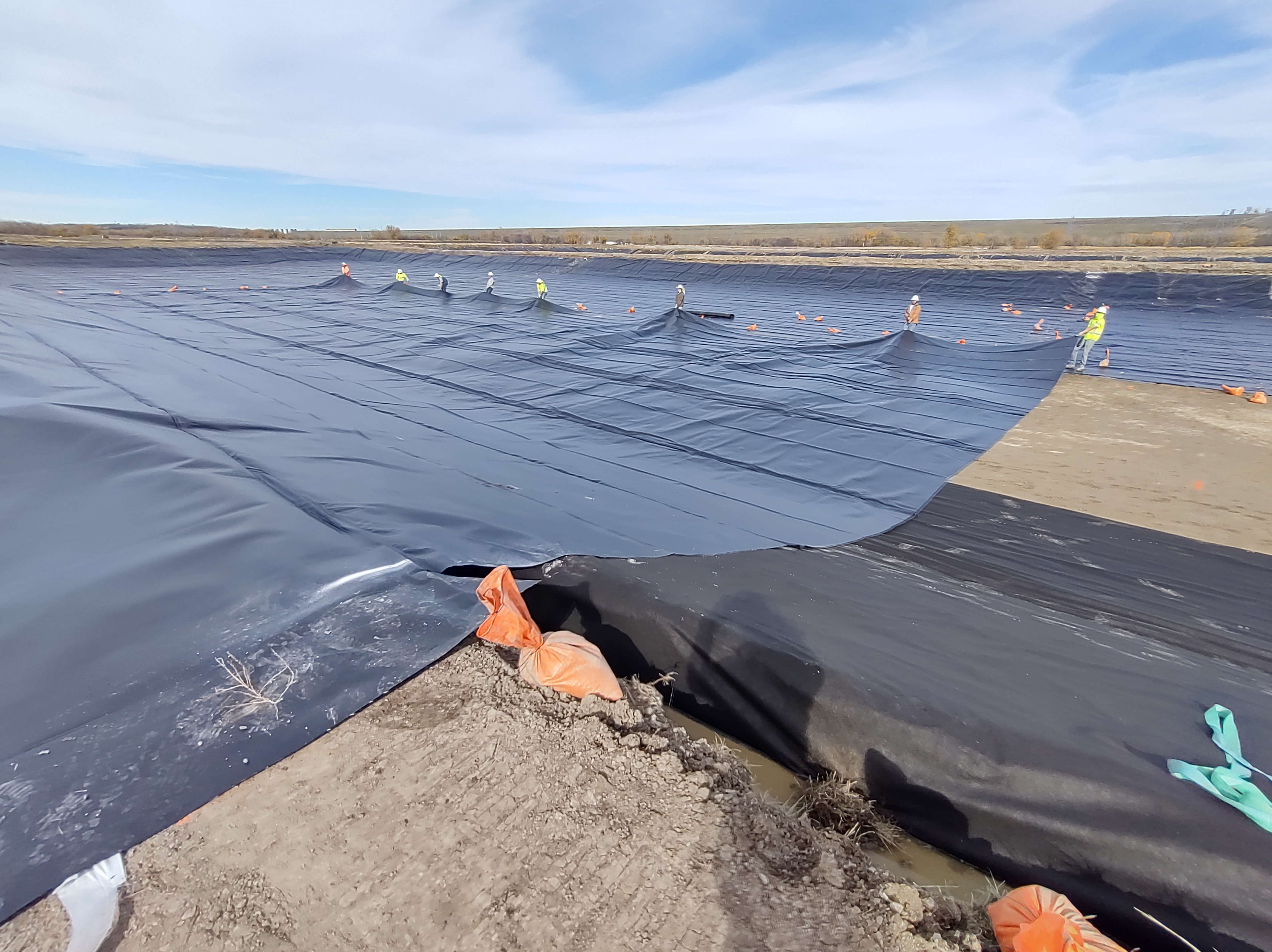 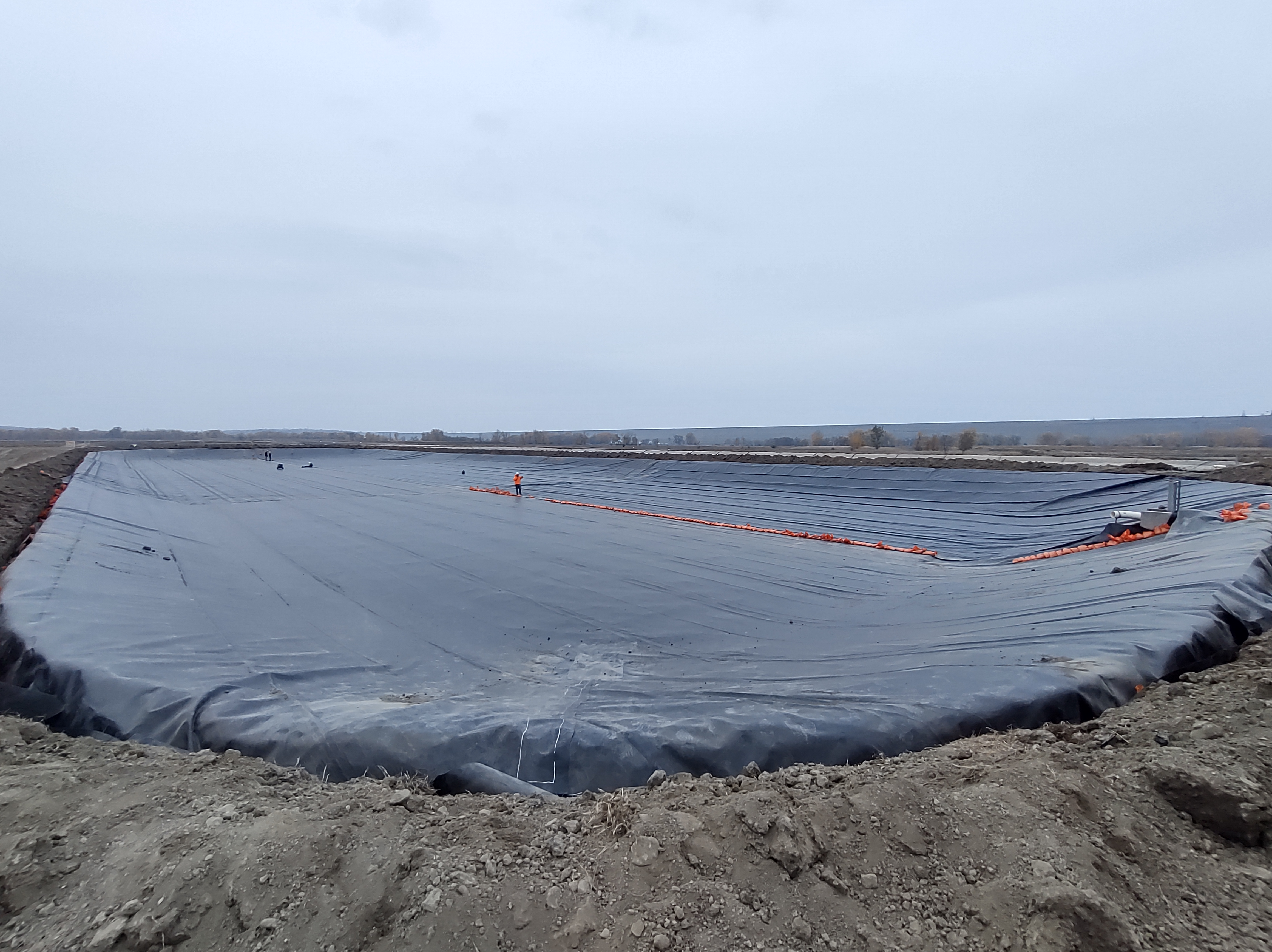 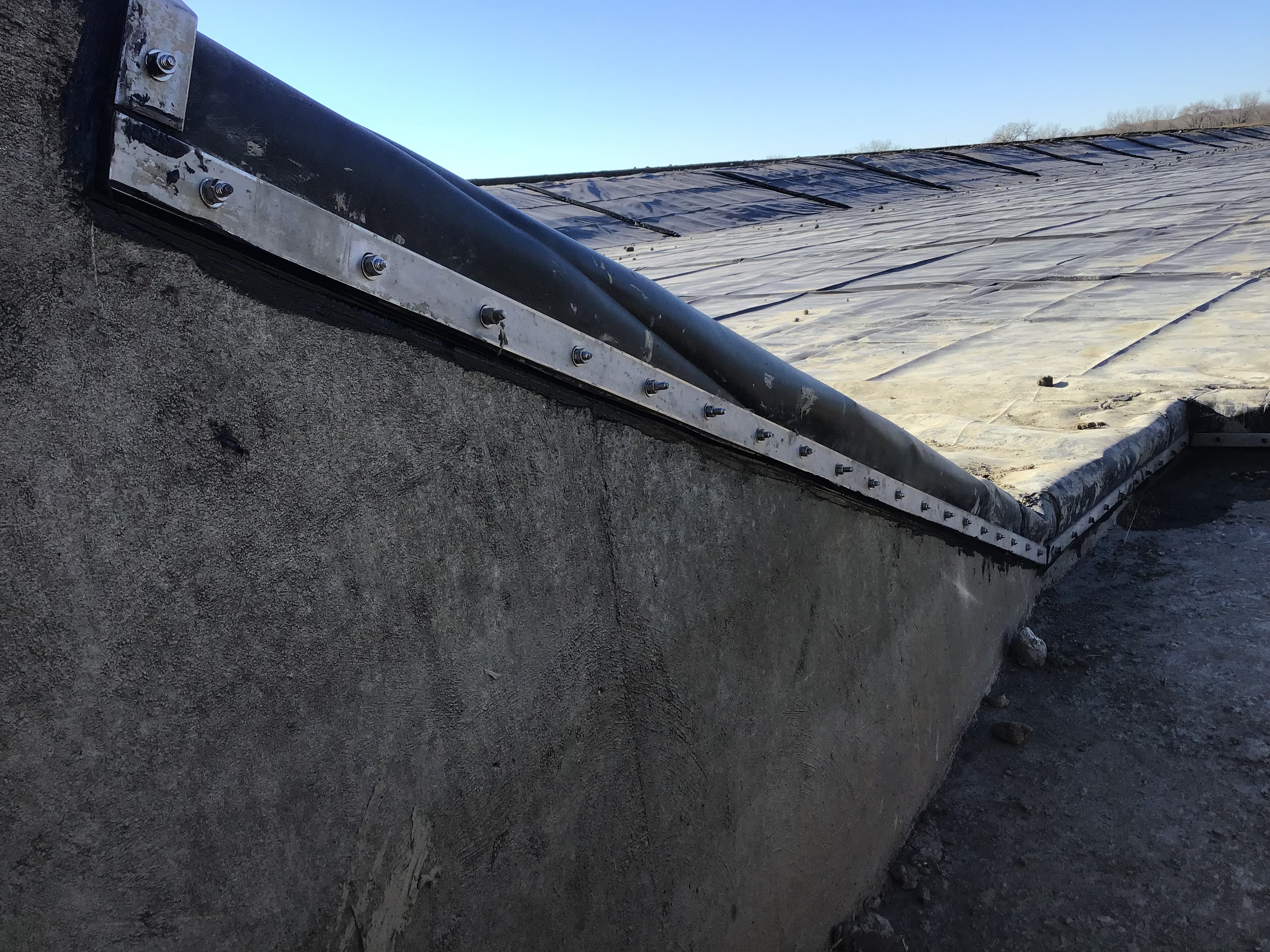 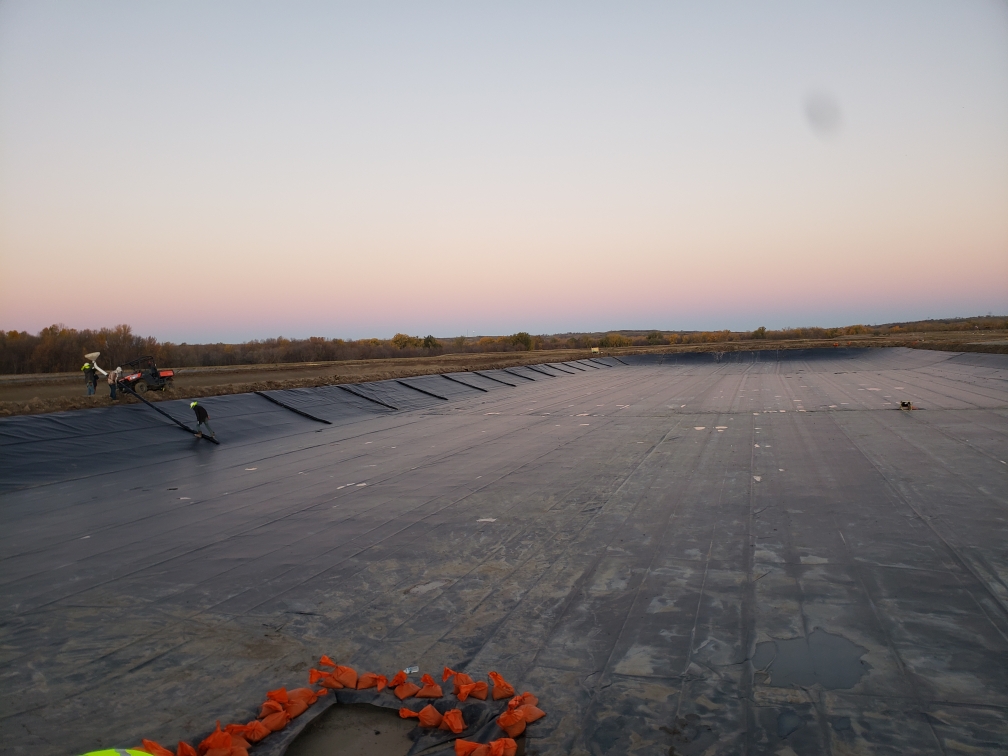