The City of Ramona Municipal Water District had planned to replace an existing 29-year-old 45mil CSPE floating cover in the next two to three years.  However, as part of a strategic risk management review of their existing water storage facilities, they decided to move forward with this replacement in 2020.  As the material was reaching the end of its 30 year warranty period, the City had budget capacity and determined it important in terms of long term preventative maintenance of this reservoir to proceed with a new cover replacement a year or two early even though it was still functioning without tears or damage.

This was a challenging floating cover system because of the irregular shape of the reservoir, tight working space around the reservoir, and environmental conditions that had to be dealt with, such as not being able to expose the potable water to open air at any time during the construction.  The project team demonstrated creativity and engineering in their approach to resolve these challenges.  This installation would not have been possible without using a flexible geomembrane that allowed large factory/prefabricated panels to be supplied to the site to minimize the amount of field seaming and geomembrane handling.  The design and construction of the 14,000 ft wood scaffoldplatform was critical to allow sufficient workspace to unroll and weld the newCSPE geomembrane to the existing cover geomembrane before installation.  The project also proved that the new CSPE geomembranecould be welded to the 29 old CSPE geomembrane allowing the installation to becompleted without exposing the underlying potable water to the environmentduring construction.

The 45 mil (1.14 mm) thick CSPE geomembrane for the cover system was prefabricated in Layfield’s Lakeside, California factory and shipped to the project site in custom size panels that are 35 ft wide without folds by various lengths allowing for the irregular shaped configuration of the reservoir to be covered.  Additional cover accessories, including float tubes, sandbags, and hatch doors, were also prefabricated in the factory.  The factory fabrication of large geomembrane panels significantly reduced the amount of field welding, field testing, patching, time, and project costs. 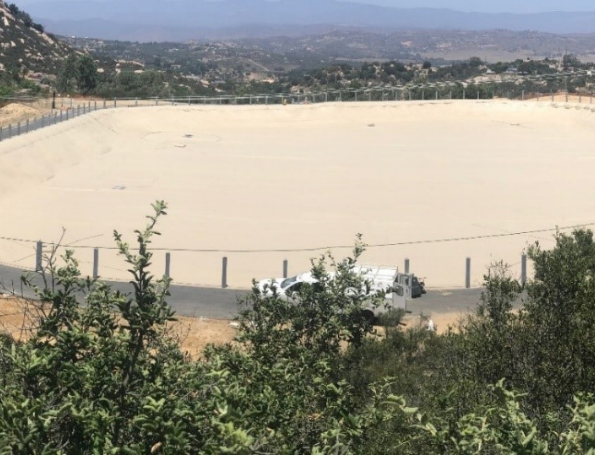 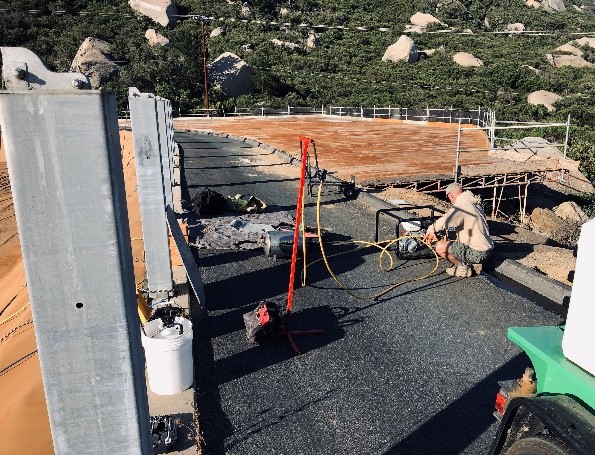 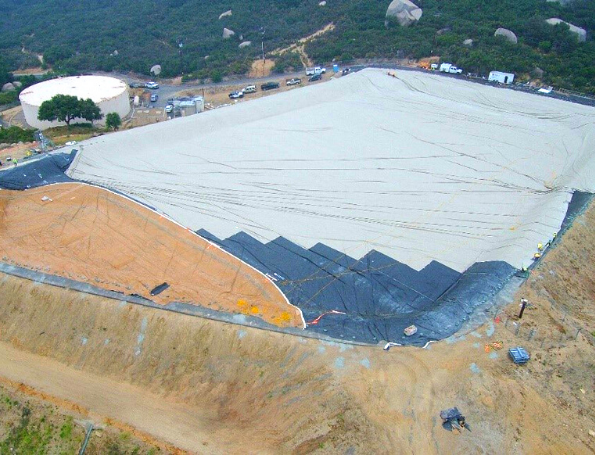 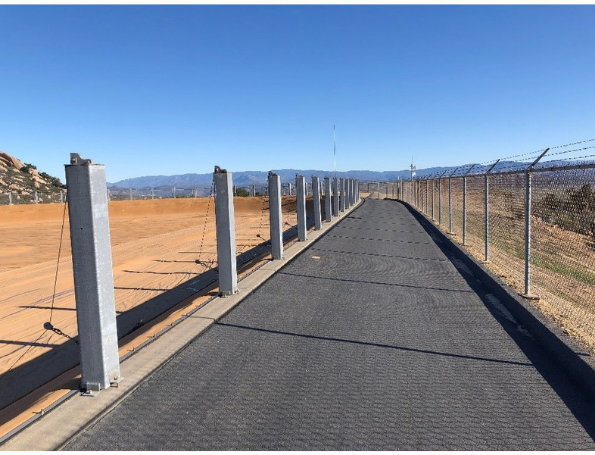